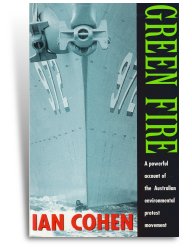 "A powerful account of the Australian environmental protest movement"


A decade after the Franklin River blockade, the summer of 1992 in Tasmania witnessed another influx of conservationists from the mainland. For some years a plot had been brewing, the brainchild of a coterie of incorrigible activists. David Rainbow, stocky and rough around the edges, was no newcomer to controversy. Born and bred in a Tasmanian logging town, during the Franklin campaign he had dressed as a woman and driven his three-ton truck in high heels onto the Melbourne-to-Tasmania ferry using a borrowed pension card. Upon arriving at the river, his intransigence proved such that he was unable to disengage from the back of the Cape Martin, which towed a heavy equipment barge, carrying the first dozer upriver. He was last seen waving and laughing as he sailed straight into police hands, incapable of letting go for the sheer joy of being a ratbag. Thrown out of innumerable alternative communities for transgressions, he categories himself as an anarchist individualist. Another conspirator, John (Jonno) Williams, whose near-death exploits pepper the following pages, was the green movement's on-the-ground action man. Highly skilled in the technical side of radio communications, he was central to the success of countless campaigns. Jonno wielded a chainsaw with such alacrity and drank so hard that he came to be known as a 'greenneck'. Benny Zable was also on site. As a green true- believer he was a tireless pioneer of art and living theater, giving his life to the radical conservation movement. He created and directed the visual backdrop for action.

The audacious aim was to hold up a logging train to highlight the destruction of Tasmania's Old Growth forests. The summer Forest Festival, an annual music event, was the starting point. Here, a train driver who had been made redundant told them of the best spot to stage the hold-up - a straight stretch with a half kilometre clear view. They needed two hundred metres to stop the train, which was predicted to be travelling at thirty kilometres per hour. To avoid suspicion they timed their arrival just prior to its approach.

Safety gear was assembled. Red flags were to be held further up the track. Banners were designed to maximise safety. “When we stopped our cars we could hear the train coming,” Jonno said. As the train rounded the bend (they did not even make it to the designated straight section) three jumped onto the tracks and waved it down. No time to run up and warn the driver. No time to fly the red flags signalling danger. The train ground to a halt.

Had they stopped the wrong train? Not a log to be seen. The front carriages were containers. Someone ran up the track; the train was so long it went around the bend. Misplaced, mistimed, miscalculated, but they stopped it. The runner reported back, that in the distance, logs were present. The front carriages contained chemicals. With the latest information there were congratulatory nods all round.

One member of the group, Sofie, locked herself onto one of the
carriages. A number of helmeted Ned Kellys stood in front of her, their
banner declaring, (BUSHRANGERS NEED BUSHZ A tripod was erected with its legs between the carriages, and another member scampered to the top. The media and the State police arrived shortly afterwards. The police asked the protesters to leave. The latter refused; the offence they had committed was a federal one, beyond state police jurisdiction. With only six federal cops in Tasmania, the protesters maintained their blockade for three hours. No-one was arrested. After comprehensive media coverage the group dismantled the blockade and allowed the train to go on its way.

It was discovered that explosives were on board, but this information was a mere firecracker compared to the media explosion that occurred in the following weeks. David Rainbow did it again: he casually reported the protest as an Earth First action and, despite the fact that it Was nonviolent, the media equated it with terrorist activity - a hardline terrorist organisation had hijacked a train. It was front page. Debate centred on the acceptability of the action. The Wilderness Society slammed them, and the timber industry called on Green politicians to denounce the group. They refused.

Such tactics, such audacity. It was the authorities) nightmare. Horror for every decent greenie working industriously in offices around the country attempting to lobby, pressure, convince and save the precious little we have left of our tortured environment. When so many inroads had been made toward acceptability, respectability and political acumen, these scruffy individuals, without consultation, concocted an action and carried it out with disastrous consequences in the national media. They inadvertently branded the whole movement extremist. Cooperation with politicians and industry was laid to waste like the forests the green movement was trying to save. All those peaceful constructive actions, the rapport built up in the community. Where did we all go wrong? Was this the end product of a decade of hard work?

Green Fire offers an insight into the rise of radical environment-alism in the eighties. Is the out-of-control passionate struggle for the earth the only way? Will future generations perceive this period of history as barbaric in its utilitarian onslaught against the environment and recognise green extremists as pioneers? Or is their role an integral part of a dynamic movement without whom less radical groups would be ignored as paper tigers by those in power?

The events and participants matured over the years. A core group of people attended these sequential events, passed on information, developed strategy and facilitated action.

History is coloured by the people who record. Often it is those with expertise in communication far removed from the events who tell the story. Many front-line activists are too busy or lack the skills to tell the story of recent events. The pages which follow view the phenomena of action in defence of an ideal. These events have flashed across media channels for over a decade.


This book paints another picture. It portrays a series of stories and the ensuing debate as seen from the 'front line'. In every actionmethodology has been questionable, actions thrilling and sometimes downright objectionable. The controversy generated has and continues to be argued with passion throughout the movement and the wider community.


There is little doubt that the pages to follow will add fire to this
ongoing debate.

Email ThisBlogThis!Share to TwitterShare to FacebookShare to Pinterest
Labels: greenfire 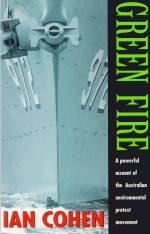